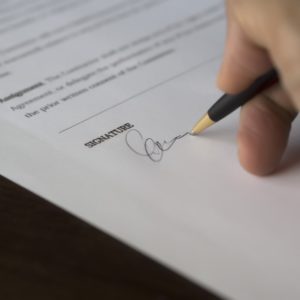 From Maddy Hubbard, our Financial Advocate in the North West

Around 1.3 million people in the UK have bought prepaid funeral plans, based on the promise that they are fixing their funeral costs at today’s prices. Dosh supports many people who choose to buy funeral plans, so we wanted to do some more research into the pros and cons. Are people getting a good deal?

The positives of a funeral plan are that you can negotiate exactly the arrangements you want and pay for them now, protecting your loved ones from rising costs and ensuring that you get the funeral you choose. In the event of your death without a prepaid plan, it could take some time to arrange for money to be released to pay for funeral costs. Instead of having to deal with this hassle, your loved ones can contact a named Funeral Director who will already know your wishes and have arrangements in place.

That all sounds positive, so what are the cons? One consumer body recently investigated the sector and claimed that tens of thousands of people could be paying huge sums in agency fees and their families may be left out of pocket in the event of their death. Fairer Finance has argued for stronger regulation (see their report here), as some providers could go bust and leave people with no funeral at all. Also, lots of plans don’t cover certain types of costs such as council fees for grave digging, which can increase significantly over time and still leave large costs to be paid when you pass away.

Given these concerns, when buying a funeral plan you should look for a provider that is registered with the Funeral Planning Authority (FPA). That will give you more protection as providers which sign up have to agree to a Code of Conduct and you can report them if something goes wrong. Being part of the FPA doesn’t guarantee your money is safe, but if the provider fails then other members are part of an agreement to try and provide the service you have paid for.

Another question to ask is how much you are paying in agency fees, as you might find that a large proportion of some plans is going to middle men rather than towards paying for the funeral itself. Check that the plan includes all the things you want, including burial or cremation costs, a headstone or coffin, transport, Funeral Director fees and make sure you know which extras aren’t included and will still need to be paid for.

Finally, even if you are choosing a reputable provider you need to think if a funeral plan is the right thing for you. A funeral plan is a significant expense, often between £2,500 and £4,000, which you are choosing to pay now rather than have taken from your estate when you die. There may be other things you have to choose not to do in order to afford one, such as missing out on a holiday or on enjoying your money whilst you are alive. It’s important to remember that even if you die without enough money for a funeral, your loved ones can get a Funeral Payment from the state to cover basic funeral costs, so a funeral plan isn’t the only option.

Prepaid Funeral Plans can be a great choice which save people money and ensure that their wishes are followed, but before choosing one it’s important that you understand the pros and cons so you can make an informed decision. If you have more questions or want to explore if a funeral plan might be right for you then talk to your Financial Advocate.