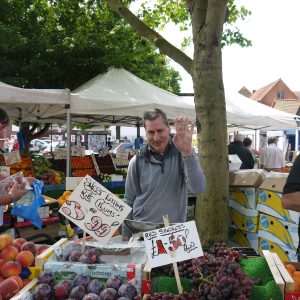 Supporting someone to get the Right to Reside

By Maddy Hubbard, Financial Advocate  for Greater Manchester and the North West

James* is a young man with a learning disability that Dosh supports in the South of England. Most of the people Dosh supports have lived in the UK for a long time and are allowed to claim benefits, but James is Spanish and came to live in England four years ago. James had been to school in England, his father was British and his whole life was now based here. Despite this, when we applied for Employment and Support Allowance (ESA) we were told that he didn’t have ‘Right to Reside’ and so wasn’t entitled to the benefit.

‘Right to Reside’ is a legal term about whether someone has the right to be in England and claim income-related benefits. It is decided based on if someone has worked in the UK and got ‘Retained Worker Status’. As James is not able to work due to his learning disability, Dosh were told that he was therefore not entitled to the benefit. Without ESA, James had to live on just Housing Benefit and Personal Independence Payment (PIP) which was making life very hard for him. James couldn’t afford to live a good life and was getting into debt.

Dosh worked with James’s social worker and his support team to challenge this decision. James’s Financial Advocate sent the Department for Work and Pensions (DWP) lots of evidence about James’s learning disability. We explained that he wasn’t able to work, which was why we were applying for ESA, but proved that his father was British and that the UK was his home. The DWP responded saying that before they could look at information about his disability, James needed to pass the Right to Reside test so they couldn’t award him ESA.

James’s Financial Advocate then got in touch with their local Legal Centre and was given free advice by an Immigration Lawyer. The Lawyer explained how Dosh could appeal the decision and the evidence they would need to provide to the courts.  This was the first time Dosh had dealt with immigration law and it is very complicated. To put it simply, if James couldn’t get Retained Worker Status himself then we needed to prove that one of his parents was a European worker in the UK and had therefore passed it on to him. It wasn’t enough that his father was British, we had to show that he had lived and worked in Europe before coming back to the UK to work.

Dosh worked closely with James’s father to get the evidence together and make a case to the Department for Work and Pensions. We sent in the appeal and were expecting to have to go to a tribunal, but after only a week we got a letter from the DWP.

Eventually, almost a year after first applying, the DWP agreed that James should get ESA!

The decision means that James will get almost £10,000 as a backpayment of the benefit that he should have had this year and he will now have enough money to live on. His father said

“I can’t thank you enough for all the work and stress you have been through to achieve this. Apart from the fact cited in the letter, it was undoubtedly your incredible perseverance over the last year or so that has impressed the authorities.”

At Dosh, we will always go the extra mile for the people we support, even if it means teaching ourselves immigration law! If you would like support about this or anything else related to your money or benefits then please get in touch to find out how we can support you.

This website uses cookies to improve your experience while you navigate through the website. Out of these, the cookies that are categorized as necessary are stored on your browser as they are essential for the working of basic functionalities of the website. We also use third-party cookies that help us analyze and understand how you use this website. These cookies will be stored in your browser only with your consent. You also have the option to opt-out of these cookies. But opting out of some of these cookies may affect your browsing experience.
Necessary Always Enabled
Necessary cookies are absolutely essential for the website to function properly. These cookies ensure basic functionalities and security features of the website, anonymously.
Functional
Functional cookies help to perform certain functionalities like sharing the content of the website on social media platforms, collect feedbacks, and other third-party features.
Performance
Performance cookies are used to understand and analyze the key performance indexes of the website which helps in delivering a better user experience for the visitors.
Analytics
Analytical cookies are used to understand how visitors interact with the website. These cookies help provide information on metrics the number of visitors, bounce rate, traffic source, etc.
Advertisement
Advertisement cookies are used to provide visitors with relevant ads and marketing campaigns. These cookies track visitors across websites and collect information to provide customized ads.
Others
Other uncategorized cookies are those that are being analyzed and have not been classified into a category as yet.
SAVE & ACCEPT
Powered by