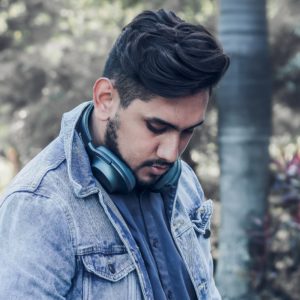 By Maddy Hubbard, Dosh Financial Advocate in the North West

Part two of our Financial Capability week series, you can read part one here.

Dosh has been supporting Ben for a few years, in which time he has massively built his financial capability. When I first met him, Ben was just getting by on his benefits and found money very difficult. Ben agrees “when I first got Dosh support it was really scary to have extra money in my account. I always thought I was going to spend it straight away.”

Since then, Ben has made huge changes in his life and how he feels about money. With help from the Prince’s Trust he found a job which he enjoyed, before leaving work this summer to start on a university course. He said “in regards to university it’s great – I love it. It’s great to get up every morning and do something I really enjoy.” In that time, he’s made big steps in his independence. “I still find it really tempting to have all my money in my account, but I think about what I can get from my money in the long term and that helps me resist.”

“Having support from Dosh helped be become more independent, because before that I needed my mum to control everything so I didn’t spend too much. I really liked that my Dosh advocate was closer to my age so she understood where I was coming from, but she was always professional with me. Knowing it was her supporting me with my money made it seem more personal as well, rather than a company you called up who put you on hold and transferred you through to someone.”

I asked Ben what his tips would be for someone who was in a similar position to him, struggling with money and too scared to be independent. His main tip was simply “get a job and don’t spend it all!”, but when we talked about it more he said that the biggest help had been learning to budget.

“A year of working and not going out has really paid off. I’ve seen people spend lots of money when they start work or get their student loan in. Most people spend hundreds a week on alcohol when they go out. But when people spend so much partying, they are missing out on bigger experiences. The benefits of working hard on budgeting are that this year I can do everything I wanted to do.”

Ben’s hard work has certainly paid off, he is running his own freelance photography business whilst at university and has booked a trip to spend a whole month in Australia. Having got the basics of budgeting sorted, he is dealing with keeping receipts, managing his savings, understanding exchange rates – really complicated areas of money he would have felt overwhelmed by a few years ago.

Dosh supports people with a learning disability who have a wide range in their level of capacity around money. Some, like Ben, are working towards full independence and not needing Dosh support at all any more. Others mark smaller milestones to build their independence, such as recognising different coins or remembering their PIN number.

Whatever the person’s goals, we strongly believe that financial capability is a core part of being able to live a happy, independent life. Tomorrow in part three of our Financial Capability week series, we will tell Lynn’s story of feeling more in control of her money.